All schools have their traditions, their community rituals whose origins are sometimes lost in the mist of time, but serve to draw the community together.

Hogwarts has its Quidditch championships. The Westminster School in London has a tradition known as “The Greaze,” which began in 1753 and continues to be celebrated on Shrove Tuesday each year. It involves the cook tossing a pancake (which has been reinforced with horse hair) over a high bar, and the pupils then fight over the pancake for one minute. When it’s all over, the student with the biggest chunk of the pancake is the winner.

Despite its youth (and 72 in school years is still young), GDS has its traditions as well. Some have faded, perhaps for the best. For example, we no longer celebrate balloon day, which consisted of every child being given a helium balloon that they then launched simultaneously into the air, befuddling birds, planes, the environment, and the electrical grid.

We do, though, have Spirit Week on both campuses, flag football and Sports Saturday (GDS’s Homecoming) at the High School, and Halloween at all three divisions. We have our aquarium stairwell at the High School, which has existed since the first year of the Davenport campus, and gets added to every few years by another group of students. We have Country Market Day, which has been a tradition for decades now; for even longer, students have been reenacting the plagues come Passover.

Among the various task forces we are in the midst of developing in anticipation of our combined campus in 2020 is one devoted to traditions—to strengthening those that currently bind us and considering new ones we might create to take advantage of the fact that we will be on a single campus again for the first time since the late ‘60s.

Gladys Stern, our third head of school, used to say that while we take what we do here seriously, we do not take ourselves too seriously. The school’s mascot (another tradition) is after all the grasshopper.

As Melville’s Ishmael observed, “a good laugh is a mighty good thing, and rather too scarce a good thing.” Our founding heads knew that joy was the lubricant that greased the wheels of learning. The halls and classrooms of GDS ring with laughter and energy. The voices are animated; the kids are deeply engaged in their learning; and all that noise can take some getting used to. We work to bring the quiet ones forward and provide them with opportunities to show what they know and can do, recognizing that brilliance comes in many forms.

Our traditions allow us to ritualize all that energy; they allow us to mark certain occasions or just take a break from our routines and say, “we are here, this is who we are, and we like being here.” In one of our admissions brochures we wrote, “Georgetown Day School seeks to enroll students who with their families believe that we learn best when we learn from and with others whose life histories and perspectives are different from our own; that reasoned discourse is superior to empty sound and fury; and that a primary aim of education is to provide the tools and knowledge necessary to go out into the world and help it be a more just and equitable home for all.” Those are lofty goals.

When the kindergarteners line up and take turns being the line leader or when the high school students devote every Tuesday night to tutoring dozens of students from local elementary schools, they are practicing the behaviors necessary to be productive and responsible individuals in a community that insists that its members heed their better angels. And when they stuff marshmallows into their mouths as part of the Halloween festivities at the High School or put on togas and reenact the Greek myths, they realize that enjoying oneself is also part of the GDS way.

Melville continues: “So, if any one man, in his own proper person, afford stuff for a good joke to anybody, let him not be backward, but let him cheerfully allow himself to spend and be spent in that way.”

Assuming a good laugh is a mighty good thing, I look forward to seeing all of you in the upcoming Halloween parade. 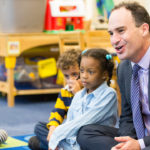 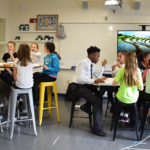 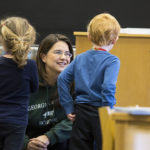 Every Day is a Bonus Day 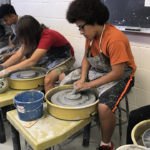